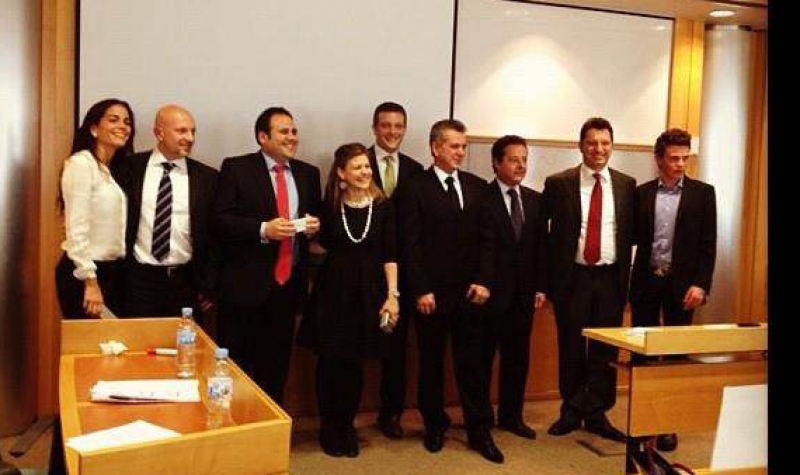 The winning group with Antonio Bartesaghi and Marco Calcagni

OMET, a history of success

OMET a history of success discussed in ESADE Business School (Barcelona, Spain) and SDA Bocconi School of Management of Milan.

On the 25th of February 2012 four groups of managers who were attending the final phase of the Executive Master in Marketing & Sales (EMMS) where challenged on OMET. The project was started in September 2011, when the Direction of OMET presented the challenge to all the candidates: to develop a communications plan for OMET and its brands for the years 2012-2014.
The 32 managers attending EMMS, average age 34 and strong international profiles, have decided to invest in their future careers by participating in an Executive Master, which offers the opportunity to work and study at the same time. To earn the title of master the candidates are obliged to choose a project among those offered; four groups of five chose OMET. The company based in Lecco, Italy, was chosen by the candidates mainly because:
– The company has managed to combine a family governance with an important dimension. Thanks to a careful and intelligent management, the company has been able to create a balanced mix of entrepreneurial and managerial approach result of the integration between the charisma and the great capacity of vision of the entrepreneur and the inclination to reflection and deliberation typical of managers. Today OMET has a turnover that places it in the segment of medium-large companies;
– OMET has grown as both turnover and profitability in difficult years like 2010 and 2011, years when many companies suffered declines in their financial performance. In just two years, the sales of OMET machinery increased from 30 to almost 50 million euros. OMET is therefore a serious and solid company whose base is a great care for product quality and a strong focus on innovation;
– OMET works in B2B business, notoriously less accustomed to apply theories and concepts of marketing and branding and less sensitive to communication than the markets of consumer goods;
– OMET is a company with a dynamic and young spirit, constantly looking for new horizons and new challenges. This spirit is the same footprint and the legacy of the entrepreneur who has always ruled the company, whose death at the end of November 2011 has stimulated even more the next generation to pursue the path set.
In September 2011, at the headquarters of ESADE in Madrid were presented the projects among which candidates could choose. The four groups that had opted for OMET had begun to become familiar with the company, products, markets, competition and customers. Since the candidates reside in different countries and continue to work as managers, they have spent the evenings, nights, weekends to collect information, analyze and interpret, to confront through Skype, e-mail, by phone, via teleconference.
Antonio Bartesaghi and Marco Calcagni, the second generation of entrepreneurs who governs OMET with the support of an excellent group of managers, have shown continued interest and involvement: the success of the work owes much to their personal involvement, which has stimulated the candidates master to give their best and spare no energy to do well. Even the knowledge that it was a challenge between four groups was a nice incentive to do well.
The final mandate was clear: develop a three-year communication plan based on one or two fundamental ideas and providing for the use of innovative methods of communication and aligned to new times. Deadline: February 22, 2012. Meeting in Barcelona in preparation for the climax, the groups have spent the last two days of master together to refine the presentation in detail and above all to define the mode of public presentation, coordinated by prof. Nick Flynn of ESADE and prof. Chiara Mauri of SDA Bocconi.
In front of a jury composed by Antonio Bartesaghi, Marco Calcagni, Eduard Pont, Chiara Mauri and Lluís Martínez Ribes, on the 25th of February the four groups took turns with their presentations, having 30 minutes for presentation and 30 for discussion. For OMET it was an immersive and exciting experience full of stimuli and ideas to make real. Not just an exercise to be carried out as a task in class, then!
The company had already begun a determined path towards promotion of its brand equity, but the ideas of the groups have opened new paths to explore. 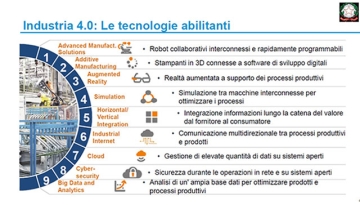 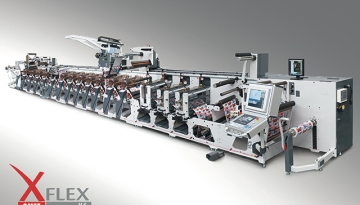 A great result and a new milestone reached thanks to OMET’s high quality and reliability recognized by the international market of label and packaging printers. Since 1963, Omet’s commitment in designing and manufacturing printing machines […]