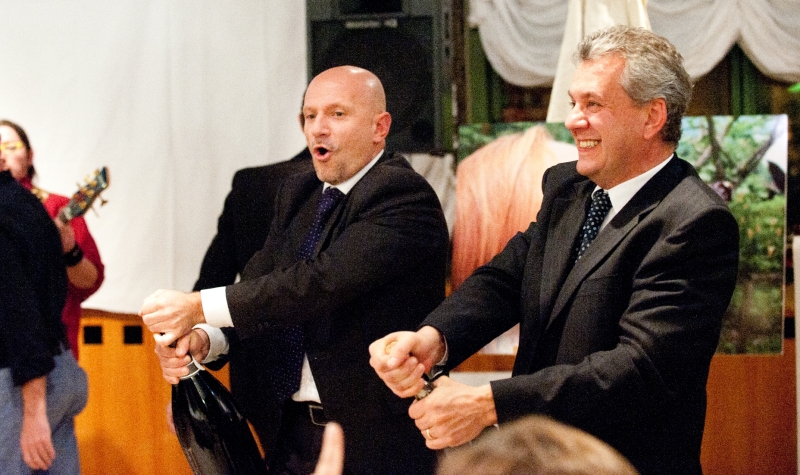 Some birthdays are more important than others, because numbers communicate special meanings: the number alone, without any other word, tells a story.

OMET, born on February 1st 1963, will be in 2013 fifty years old. 50 years mark a milestone of maturity, strength, competence, competitiveness, experience, trust: the company is still here, has grown, and looks to the future. 50 years of commitment, hard work, difficulties, but also enthusiasm, success, achievements, rewards. This birthday is an opportunity to celebrate the past, but also look to the future and shape it.

At least five elements have accompanied the life of OMET from 1963 to the present: a passion for innovation, strive for growth, the ambition to explore new avenues, the projection into the future, the global vision. On these pillars OMET has built its heritage of knowledge, powered over time by the trust and loyalty of customers around the world.

The company is busy preparing the celebrations of the fiftieth anniversary, and the agenda is already full of  initiatives. The countdown has begun with the creation of the logo “50 years OMET” accompanied by the slogan “Since 1963”, which will feature in all communication pieces until the end of 2013. In early October, was launched the first OMET photo contest on the theme of “Passion” and “Aim High”, which reaffirm the values ​​that OMET has never ceased to believe in. The 12 winning photographs have been used to produce the OMET 2013 calendar, and have become an integral part of communication initiatives in the future. From mid-October the story of OMET airs on social networks in twelve episodes, from “The Birth of the OMET” to “The Legacy of Mr. Angelo Bartesaghi”. In early November, the company began to write and edit its monograph, a cultural involvement of employees, customers and suppliers, the local community, and also interested observers curious to discover and understand such an important company.

A considerable effort, a high investment, paid off by the intense participation of all employees of OMET. “50 years OMET since 1963” celebration of the past 50 years or strategy for the next 50? Commemorate the first 50 years is to say: “50 years, and the light is still on!” OMET wants to remind employees, suppliers, customers, partners that it is a solid company, able to grow and look ahead without betraying its principles and core values. The professional excellence of the pioneers who founded the OMET marks its life from the beginning and has become the heritage of all employees: this explains why the legacy of OMET has a story to tell.

OMET is approaching its celebration in a tough time for the Italian, European and world economy. The crisis that was announced in 2008 has never ceased to bite, resulting in a time of uncertainty and sometimes pessimism. OMET in 2010 ended the year with a leap forward in sales – an increase of 40% in 2011, growth continued with a +15% in 2012, to reach a record turnover of 60 million euro. A reward for everyone. The continuity in the performance of OMET in these difficult times is evidence that its strength is based on a solid foundation of expertise, knowledge and know-how. This heritage is the reason why customers, suppliers, employees and the community have confidence in the company. Today and in the future. 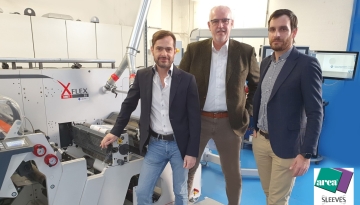 Presenting itself as a powerful marketing tool, in addition with a safe protective wrapping, “Shrink Sleeves” have been widely accepted by brands resulting in its steady growth in the last few years. Identifying this as […]