Carlucci has been responsible to write the history of pharmaceutical labels and today stands out for its innovative anti-counterfeiting and traceability solutions. For more than 5 decades in business, this company has been able to dominate market changes, thanks to its ability to innovate by being committed to its distinctive skills: brand value, enhancement of human resources, accuracy of production and quality procedures. Fernando Staino Giocondi, Carlucci CEO, in this interview talks about his journey with the label business, which chose OMET as its partner by recently installing two XFlex X6 with screen printing unit.

Mr. Staino, tell us a bit about how Carlucci company was established?
Since 1969, our history is deeply rooted in the territory, when the founder Mario Carlucci started the business by making the best use of the “Cassa del Mezzogiorno” funds. He was a visionary man, able to anticipate the potential of the Italian pharmaceutical industry that grew exponentially in the following years. Carlucci’s vocation for this market, and its high quality standards and procedures in production, come from there.

What were the main factors which attributed to Carlucci’s growth, and its most important results?
Until 2000s, Carlucci worked almost exclusively in the pharmaceutical sector. At the beginning of this millennium my family entered the company with its great experience in pharmaceutical optical labels and self-adhesive supports with automatic reading codes, still used today on pharmaceutical products and drugs. In this context, the expansion of our business is to be identified with the product development and the consequent manufacturing of the optical labels on behalf of the IPZS (Istituto Poligrafico e Zecca dello Stato). The industry, which already had formed strong relationships with our company, found a partner ready to support the new market dynamics by respecting the supply standards of the pharma world: procedures, processes, departments like Quality Assurance and Quality Control are only a few of the factors that made Carlucci one of the most appreciated companies of the sector, operating with absolute excellence. The most recent among Carlucci’s innovations is ability to adapt its processes according to the target market requirements. Today our company, which is diversifying its offer of printing techniques, is able to adapt its management and production processes upon the needs of its customers. Each supply relationship is has its own unique demands and Carlucci perfectly adapts with to these demands with its ability to be flexible in its approach and processes 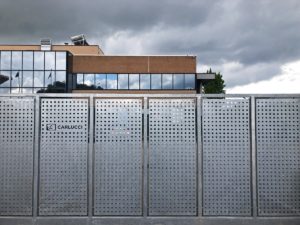 How did you move to acquire new customers in other sectors, what did you focus on?
The dismantling of the former IPZS department, which took place after its decision to internalize the label production, gave way to an industrial conversion process of 5 lines which allowed Carlucci to enter other markets with cutting-edge technologies. The purchase of the OMET X6 430 is part of this process. We entered the home & personal care, food & beverage and anti-counterfeiting markets, implementing a business development strategy that ranged on two fronts: the first is customer retention – a strategy which allowed us to consolidate relations with customers, thanks to new or ongoing projects; the second is the expansion of the product portfolio with consequent increase of our offer.

Which ones of your new products have been most successful?
We have diversified into special applications, such as, RFID, thermo-chromic or traceability and anti-counterfeiting labels. They are all produced with highly specialized manufacturing processes adhering to strict quality control and inspection requirements. The key innovations of our solutions include the track & trace labels, linked to a management software able of identifying and tracking the products by unique, univocal and unrepeatable codes. For example, the wine bottles with our labels, equipped with a QR Code that numbers and identifies them, can be traced over the entire supply chain, geolocalized and protected from illegal activities such as counterfeiting, duplication or unauthorized selling. In this market we find great satisfactions from our customers who enjoy a positive experience from two points of view: they can offer an augmented reality experience to their customers through the QR code (taking advantage from consumer engagement strategies and targeted marketing actions); and they can control their products by discovering scams along the supply chain. We offer customizable supports, (Qr code, barcode, Rfid antenna) according to the reading instrument that the customer wants to use downstream. For our solutions which require highest standards of print quality in addition to variable data printing, we use the OMET lines to produce the main label (the upper variable part is printed in digital technology).

Your collaboration with OMET has lasted for many years. What are the reasons for your choice to invest in OMET technology?
We purchased two machines because our runs have increased and OMET offers superior quality and stability. We were already using OMET machines to produce conventional labels for the pharmaceutical market. With the XFLEX X6 430 we entered strongly on an international brand of the home & personal care market, exploiting the whole web width with high speed and extraordinary stability. It is because of these factors, we have been able to double our productivity on the OMET lines

Passion for innovation and attention to people: these values coincide with OMET’s ones. Did this coincidence influence the choice of us as a supplier?
Yes. When we think about OMET we think about Ethics, professionalism, closeness, and common values. We are a deeply rooted family company and we have seen a human touch in OMET, not just formalities; they pay attention to our production requirements, which is a priority for us.

What about your future investments?
Smart labels with variable data are an absolutely growing sector because they increase customer’ loyalty and consumption. Many of our competitors extend their business to machinery resale strategies to the packaging sector: we won’t, because we wish to develop the self-adhesive label business without losing our know-how. I believe it’s our identity and we want to keep it as our core business. We focus on the product identity, because the label is the main vehicle for the brand value.

Sustainability is a burning issue today: in your opinion, how will it influence the market in the future and how are you facing it?
Sustainability – about the process, the service or the raw material – involves higher costs, but represents a very strong competitive advantage for those who manage to find the right way to deal with it. We manage it well in the processes, in job start-ups, in the separation of the glassine for the recycling of the liners. We also print paper with recycled fiber, and we see that when we talk about sustainability, the customer’s interest in our solutions rises.
Our constant commitment is concentrated on products’ enhancement, through continuous innovations aimed at sustainability. 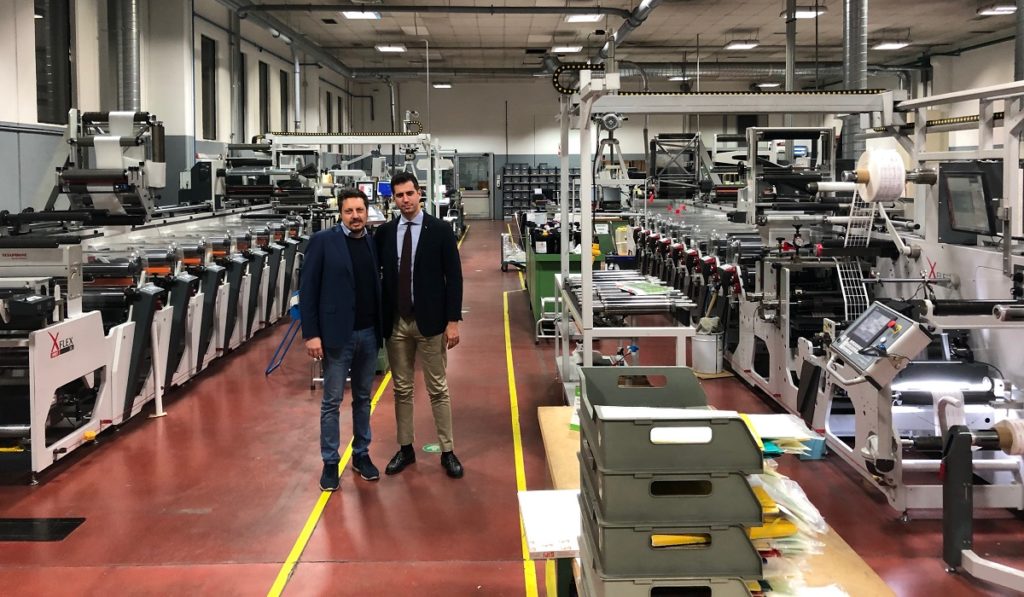 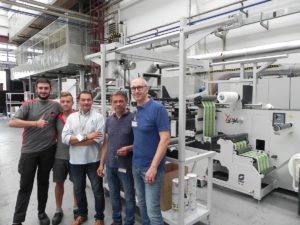 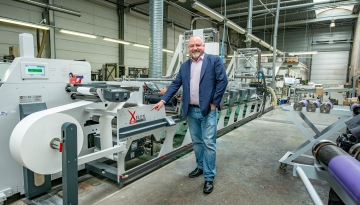 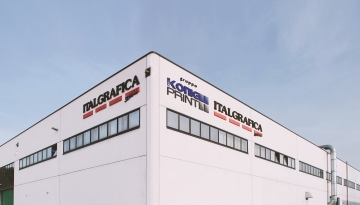