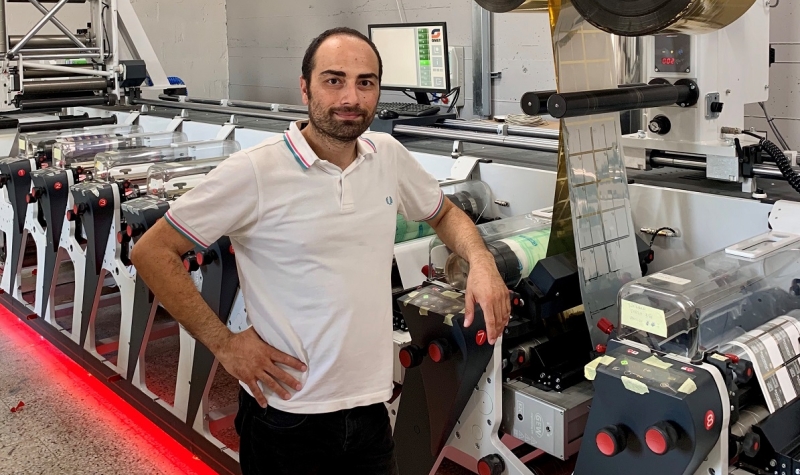 An excellence born in spite of troubles: Future Label, the innovation that moves the South of Italy

Launching a startup company is not easy: it’s an ongoing challenge to gain the trust of investors and overcome practical and bureaucratic troubles. Benedetto Auletta, 31, owner of Future Label, shows how dedication, positive attitude and the right partners can open the way to success. His label factory in Basilicata, near Matera, has entered successfully the market this year with an OMET iFlex 370. “My focus is innovation – Auletta tells in this interview – from eco-friendly substrates to special inks, I can guarantee superior quality thanks to the OMET machine”.

From empty spaces to production in just a few months: how did Future Label start?
The idea came about two years ago, visiting with my father the OMET stand at Labelexpo Europe in Brussels: it was the largest, brightest and most beautiful of the whole fair. We made an almost impossible request to OMET … and within a week they contacted us with a proposal that allowed the birth of Future Label. However, it was still an uphill climb as for any startup: especially here in the South of Italy, it’s difficult to find investors and supporters: we had difficulties even with the telephone line, the water supply and electricity. We often hear about encouraging young people in creating business, but a few are willing to take on the risk. Last November we finally found investors and in March 2019 Future Label started production with an OMET iFlex 370. We are already having outcomes: the quality of an OMET product is immediately noticed by the market.

Why did you choose this industry to start your own business?
My father worked for thirty years in the label printing industry with his own company. As a child, I dreamed of working with printing machines because I have always loved colors. Moreover, I admired my father’s commitment to work and I appreciated the satisfactions he gained: he was one of the first printers in the Basilicata region, if not the only one. I remember OMET’s magazine and OMET’s machines, always a step ahead of the competitors: I saw them so big, so long, and I thought “someday I’ll have one too”.
Now my father’s company has closed down because his old equipment was unable to offer the quality and innovation on which I am focusing with Future Label. My father is helping me in this new adventure.

So you decided to follow your father’s footsteps out of passion, not out of duty …
Yes, and he is very happy about it. I graduated in economics and I had a few years of experience in another company before starting my own business. I had no funding to start, I did everything on my own with the help of my family and a friend. To start production in a shorter time, we restructured the production space on our own, with the best that the local artisans could offer.
I think it’s worth to rediscover the origins and preserve our history of craftsmen: we are classified as a small and medium-sized company but I like to call us “artisans” because there is still an important part of handwork in producing labels. We offer flexibility and customization, not standardization. 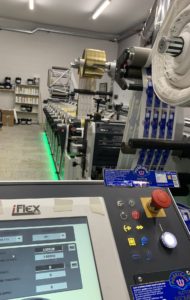 Which is your target and your element of differentiation?
We work for various industries: food, pharmaceutical, cosmetics and in a small part for the wine sector (but this is a niche for specialized printers). I don’t want to start any price war: we focus on innovation, eco-sustainable products, special inks and everything that OMET’s R&D can offer. Taking new paths is the only chance I have to win over local and estabilished competitors.

How is the market responding?
The innovations we offer are highly appreciated. Some customers are initially cautious, they order small batches, but when they see the higher quality and the good prices, they start to trust in us. To expand our business, we propose innovative substrates to our potential customers thanks to collaborations with paper mills, and we carry out on demand labeling and packaging tests on shelf products. Right now, we are working for Italian customers, but we are starting to accept orders from Europe and Middle East.

How is your production process?
Production is very flexible: innovative labels are still a niche and I can afford peak demands with the maximum flexibility and speed. The only delays can come from incoming logistics, because we are far from the paper mills and from other suppliers, but we always manage to solve them.

Why did you choose an OMET iFlex?
We chose an 8-color OMET iFlex 370 with web turn bar, in-line lamination, cold foil and plate mounter. It was affordable for my possibilities, but above all it’s able of big satisfactions: it is extremely versatile, precise and enjoyable: you can change colors in real time, make any kind of test with an easy and intuitive use. I would recommend it to many, and I confess I would like to double up soon. It’s a “golden” machine.

What are the advantages of OMET’s technology, in your opinion?
I immediately received a very positive feedback from a client who couldn’t get his labels in time from other suppliers. This machine is so fast and precise that the difference from competitors is immediate, not only for its speed but also for the quality and brilliance of the colors. I don’t need to use any varnish to make products brighter and they like it because they have no expiring problems. I know I’m offering a product 10 times better than the others at first sight.

Are you satisfied with the OMET service?
Yes, everyone is very kind and prepared. I had a service problem and it was solved in less than 24 hours, on a Saturday. I am very satisfied, but I was aware of my choice: thanks to my father’s experience, I knew I could trust in OMET, it’s an excellent partner to work with. A nice coincidence: during the works, I painted the walls with the same gray colour of the OMET machine!

Going back, and knowing the difficulties of starting a new business, would you do it again?
Yes, because I like challenges. I like to bring new proposals to my clients and convince them to try innovative materials that my competitors don’t offer because of higher costs or risks. I like to convince them that I’m giving a better service than any other. I have a couple of important companies already focusing on new sustainable materials, and this is a good guarantee for my suppliers. Every day is a challenge for me, but I’m building something on my own and for a young man of 31, is already a big deal.

Future Label: what do you see in the future of your business?
Label market will grow, but it’s going to change radically. Innovation is faster and faster, not only about materials but also about their essence: for example, I can quote embedded microchips. OMET is at the forefront of research and development in this field, and I want to keep up with it because customers must be guided to offer the best to the end users. I want to be a supplier that encourages them to try new things and to improve their offer. You must pay attention to market changes, and I know that I can count on OMET for assistance and help for any need.
My dream, if I had the support of the institutions, would be to grow my label factory to create a large production area and improve economy of our region. I would like to choose suppliers from our region and build a warehouse, contributing to create positive economy and new jobs. I have to work hard to grow, because only if I do it, everything around me will do the same. I’ll do my best. 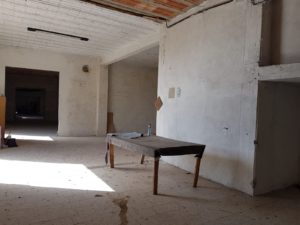 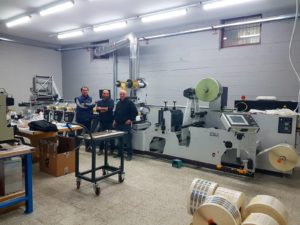 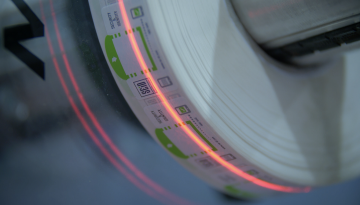 Carlucci has been responsible to write the history of pharmaceutical labels and today stands out for its innovative anti-counterfeiting and traceability solutions. For more than 5 decades in business, this company has been able to […] 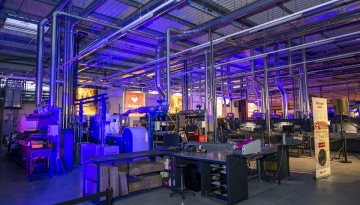 From the French market to the world of e-commerce: Adesa, a success story

Founded in 1963, the company Adesa Etiquettes Adhésives has been a point of reference in the sector of the adhesive labels for 3 generations. Located in the Gard region, its headquarters of 7200 sqm host […]

Paper One Show 2020, OMET to present facial tissue and other innovations